Food Service Operators Can Support Sustainability In Many Ways 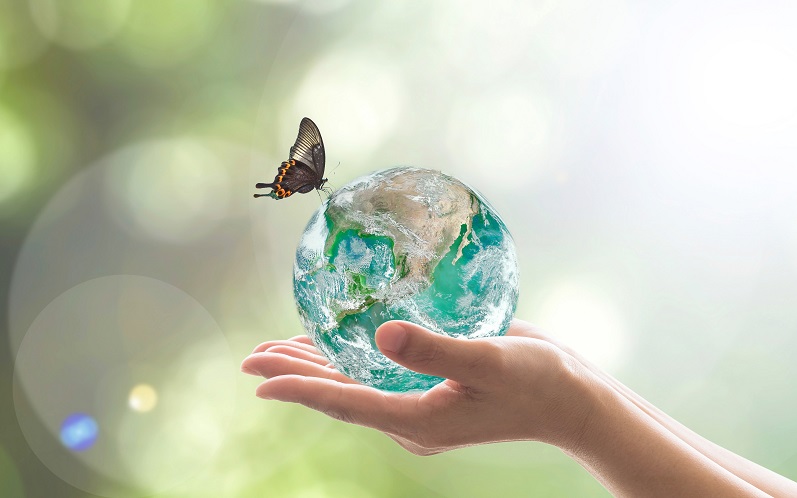 Most people are probably familiar with the concepts of sustainability or controlling the climate change, and the awareness on these subjects increases all the time. So far it seems – at least to me – that the media emphasizes the carbon footprint of traffic or travelling, and to some extent the carbon footprint of habitation. The fact is, however, that the environmental effect of food is approximately as big as of traffic and habitation. The Consumer Association in Finland organizes a Food Waste Week every year with the aim of getting the consumers to pay attention to food waste – as the most of it is generated in households. But the professional kitchens play their own role with regards food waste, as well.

The previously mentioned wastage figures are prone to give you goosebumps, and not only because a tremendous amount of food is wasted, but also in that sense, that the wasted food costs a tremendous amount of money. And at the end of the day, the consumer pays the bill as all the costs are included in the menu prices.

Reducing the amount of food and ingredients wasted is one significant way to reduce the environmental effects of food. In addition, the CO₂ values of the ingredients used have their own effect on the carbon footprint. When producing or preparing food, production planning and the right kind of efficiency support sustainability, as well. You could easily think that the leftovers on the customers’ plates is what generates food waste in restaurants. In reality a lot of food waste is generated in the kitchen. For example extra food prepared which cannot be utilized again. So, in the professional kitchen, you should consider your operational policies and how they effect on the amount of food waste. And maybe the leftovers on the plates could be reduced with smaller portions…

In general we know, that animal based foods have higher carbon footprint than vegetable based foods. However, the role of CO₂ values for individual ingredients is not defined before you build a recipe of several ingredients with the chosen measures. The carbon footprint of a recipe can be at a reasonable level even if it included ingredients with higher CO₂ values: If the amount of them is not too big and the recipe includes more of ingredients with lower CO₂ values. In addition to this, you need to consider the impact of the portion size. Furthermore, the role of the CO₂ values for individual recipes most often are not defined before the recipe is part of a meal. So, at the end of the day you end up with menu planning. A system is an essential tool when calculating CO₂ values for recipes and menus. The CO₂ values for all food ingredients are available in JAMIX Kitchen Intelligence System. The system automatically calculates the CO₂ values for recipes and meals. It also includes comparative values based on the average emissions for different types of meals (snacks, main courses, desserts). This makes it easier to interpret the figures. Not only does the JAMIX system help the kitchen manage their carbon footprint. It also provides the option to publish the CO₂ values of the menu online to the end customers. This enables the customers to make their own choice and influence the carbon footprint of the food they consume.

Menu content and how it corresponds to the customers’ needs is obviously one significant starting point in menu planning. Keeping the amount of different meal options at a reasonable level makes the work in the kitchen easier. In addition, it helps in controlling food waste. When planning your menu, in addition to appropriate portion sizes you should consider adapting the amount of portions to the amount of diners expected.

A system is a great tool for menu planning, as well. You can easily update your menu options, if needed. You can easily change portion sizes and the amounts of portions. And the system will automatically take care of all the essential calculations. You can register information on sales in the system, and utilize that information when planning future menus.

The unique Food Bank functionality in JAMIX Kitchen Intelligence System enables you to manage food that is prepared in advance in the system. The system takes the quantity registered in the Food Bank into consideration, and calculates automatically how much food needs to be prepared in addition to the food that is in store. All these functionalities help you in optimizing the amount of food to be prepared, and further control wastage of prepared food.

The system calculates a shopping list based on the menu. Together with the inventory management functionalities it helps in optimizing the amount of ingredients to be ordered. You can register traceability information in the system and monitor, for example, the use by dates for the items in the inventory. This helps in preventing food waste caused by outdated items.

Running production efficiently saves time and money, but efficiency is related to environmental friendliness, as well. In addition to time and personnel, unefficient operations can use too much ingredients or energy. A system makes the work in a professional kitchen easier and more efficient. The unique Mobile Recipe in JAMIX Kitchen Intelligence System enables the handling of recipes in production, for example, on a tablet instead of a traditional printout on paper. You can print all the recipes including instructions with the chosen amount of portions with the production sheet functionality. And here printing means also printing on the screen, so it is possible to work without any paper. When the instructions are clear and the quantities accurately calculated, you can prepare the food efficiently and you will have the right quantity of it.

Read more on restaurant sustainability in the United States on a report by the National Restaurant Association. 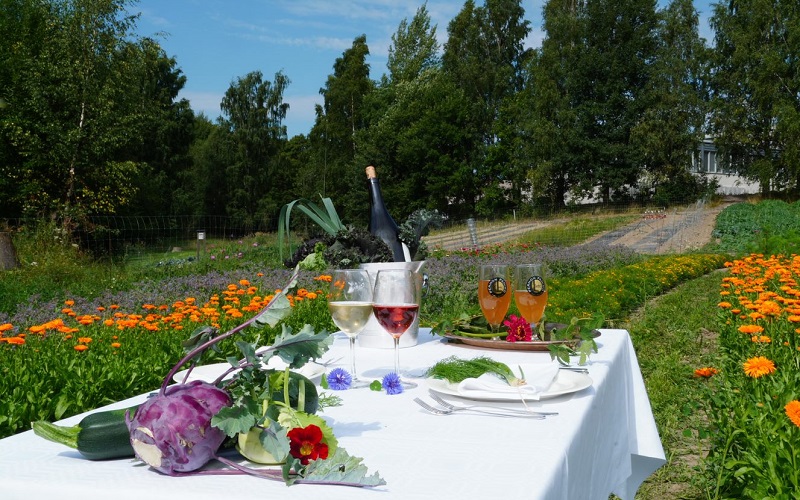 Picture above by Jarmo Åke: “Restaurant on the Field” The famous Finnish Perho Culinary School is nowadays a part of Perho Culinary, Tourism & Business 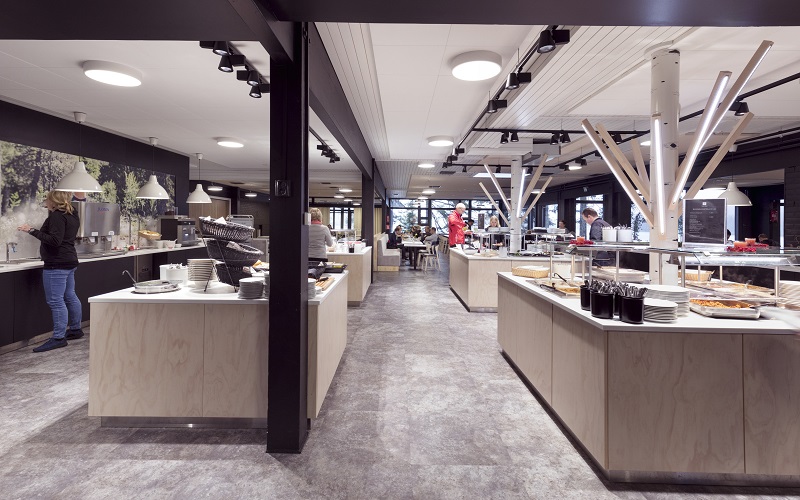 Located in the region of Kainuu in Finland, Vuokatti Sport Resort offers a wide range of services both to active holidaymakers and professional athletes, as